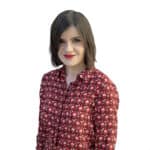 While some marketers are already up to speed with the forthcoming switch from Universal Analytics to Google Analytics 4, and have measures in place, not everyone out there is clued in. If you’re one of them – or you’re just concerned and would like to know a little more about what this means for you – Torpedo has put together 9 questions you should ask yourself about the move from Universal Analytics to GA 4. And to be extra helpful, we’ve provided answers, too.

1. What is Google Analytics 4?

Google Analytics 4 (or GA4) is the latest major version of Google’s tracking software. From July 1st, 2023, it’ll become the sole option for data tracking from Google for standard customers. For users of 360 – the premium version of Universal Analytics – the equivalent deadline is 1 October 2023. This means businesses must transition ASAP. If you want direct year-to-year data within one report, the best time to have transitioned was back in July – at least for standard users. However, there are still ways to offer this via other avenues.

2. What are the differences between GA4 and Universal Analytics?

The main difference is that GA4 uses a different tracking and data measurement model. In Universal Analytics an event has a Category, Action, and Label and represents its own hit type, whereas in GA4 every hit is an event. In GA4, events don’t have Category, Action, and Label and thus don’t display these. Another difference is that the latest Google Analytics version can track website and app data within one property, instead of separating those into different ones.

Some UA metrics don’t have equivalents in GA4, and vice versa, so there’s a limit to which users can compare the two. Both UA and GA4 are based on different data models and many metrics are calculated differently. Some UA metrics don’t even exist on GA4, but the metrics library is gradually being updated.

In UA, conversions were created when a goal was achieved, and users were only able to use up to 20 goals per property.

Goals are not available anymore in GA4. Instead, it is possible to mark any event as a conversion and there is no limit to how many you can mark.

Confusingly, despite being different, the same name is used for some metrics in both versions of the analytics software. Users are seen as active users in GA4, whereas UA considered them to be the total users.

Bounce rate was only added to Google Analytics 4 at the end of July. Google has tweaked it a bit. In UA, it was the percentage of sessions with only one pageview or interaction (event). Now three different conditions are measured for a visit to not be deemed as a bounce:

At least one of the above has to be met to be considered an engaged session. If none are met, it’s a bounce. This actually makes more sense now, as users who got what they wanted after only one interaction aren’t considered bounces.

Google also allows you to expand the session timeout (the minimum amount of time a user has to stay on a page to not be considered a bounce). You can do this easily on the new GA4 interface.

Google Analytics 4 is still in development and, as mentioned before, new metrics (or old ones from UA) are being added continuously. The new analytics software also collects a lot of data right from the start, without needing them set up specifically, such as Page Views, Scrolls, Site Search and Video Engagement. Google offers a helpful overview of all metrics across GA4 and Universal Analytics.

3. What’s all this about machine learning capabilities?

GA4 has been created with machine learning in mind. It fills in data gaps where data may be compromised by privacy settings while keeping users anonymous. The dashboard gives you helpful predictive insights based on these learnings, so you can act accordingly.

4. Why is the switch happening?

The release was a response to regulatory changes such as GDPR, which impact how data can be collected and used.

Browsers and hardware providers such as Apple have already stopped tracking third-party cookies with the use of Intelligent Tracking Prevention. This uses machine learning and on-device intelligence to fight cross-site tracking.

5. Does this mean a cookie-less future?

Following Google’s plan to eliminate third-party cookies in its Chrome browser by 2024, this action marks a shift in the digital landscape. However, the path to a future without cookies has been a rocky one.

The plan was initially announced way back in 2020, but the death of cookies has been postponed several times/yet cookies have had a stay of execution several times. For one thing, Google hasn’t yet found a worthy replacement for them. This newest iteration of the analytics software offers a foundation for a completely cookie-less future, while respecting privacy regulations.

6. Google Tag Manager – what are the benefits?

There are two ways of implementing analytics – you can either add the Google Analytics tag directly to your website, or use a tracking management platform like Google Tag Manager. The advantages with GTM are plenty. The main benefit is, you don’t need extensive coding experience to implement, edit and remove tracking. This eliminates the need to involve developers (for the most part) and thus saves you time. Google Tag Manager offers flexibility and the scope for experimentation, and you can quickly check if tags are working or not, in the preview mode. Make sure to use it together with the GA4 debug mode for a more comprehensive check. GTM also offers a lot of built-in tags for easier implementation, plus, you have a better overview of all the tags, rather than having to look for code snippets on a website.

7. What are the advantages of Google Data Studio and the GA4 Explore reports?

Explore and Google Data Studio (which has now been rebranded Looker Studio) are extremely useful for making sense of the plethora of information GA4 offers. Google Data Studio (GDS) is especially intuitive, and produces easy to read and attractive reports. Although Google Data Studio or Looker Studio gets updated regularly, it’s still a familiar environment to view the measured data. It’s easier to calculate metrics that don’t exist in the standard GA4 reports, and it’s recommended that you use it in parallel.

8. What happens to Universal Analytics data after the tool disappears?

Now for the important bit. UA won’t be updated with new data from next year. You’ll have access to the historical Universal Analytics reports for at least six months, but after that it will be completely retired.

It’s important to extract all historical data from Universal Analytics. Our recommended method is to transfer this data into Google Sheets, then connect this file to Google Data Studio to turn it into amendable reports.

9. How can Torpedo help you?

We can set-up Google Analytics 4 properties for you, and implement custom measurements according to your specific needs – then manage the ongoing tracking. To get you access to your historical data, we can offer you easy-to-use Google Data Studio reports. These can be custom-made for any stakeholder.

A day in the life of…Emma – Motion Designer at Torpedo