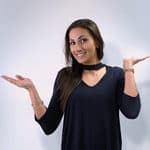 After some tantalising weeks of anticipation and practice (or lack of!), some of the Torpedo team took to conquer the Blenheim Triathlon.

Half the distance of an Olympic triathlon, but certainly not any less effort we found out!

We faced a 750m swim followed by a 20k cycle, and finally a 5k run in the picturesque vicinity of the Blenheim Palace grounds. We battled through a lake full of frantic swimmers, pedalled our hearts uphill on our bicycles, and ran in the soaring heat!

As tough as every leg of the event was, one thing for sure was we were not short of supporters. Every spotting of a fellow Torpedo-er was accompanied by a roar of cheering, which was the real energiser that encouraged us to keep going! Reaching the finish line for some was very graceful and for others was a relief, but we can all say that it was a fantastic day, and we were able to raise money for a great cause – Look Good Feel Better charity.

It’s not too late if you still want to sponsor us and help us raise some money for this fantastic charity. Our Just Giving page can be found here.