Go the Distance Challenge – The Rematch! 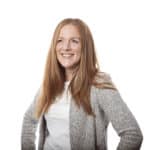 More tension than a football derby, more competitive than the Olympics and more anticipated than a pub garden in the British summer (on a hot day of course)…Torpedo’s Go the Distance – The Rematch, has officially begun!

Back in March, our Wellbeing Champions set us all the original ‘Go the Distance’ challenge. Willing participants were split into two teams (Red & Blue) to see who would clock up the most miles throughout the month.

Team Red were triumphant, but Team Blue came in a very close second. And amazingly, both teams together racked up a total of 5,278 miles – the equivalent of the distance between the UK and Mexico! A truly remarkable result all round.

Due to the success of the last challenge, it’s now time for the Rematch! And what better timing than National Walking Month. So, Team Blue and Team Red, it’s time to dust off those trainers, lace-up those walking boots and get moving! Who will win this time? Will Team Blue get their revenge? Not if Team Red have anything to do with it!