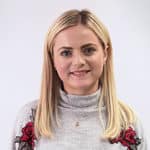 Team Torpedo have done it again…

And another one ticked off the bucket list for the Torpedo team – we took on the 5k and 10k ‘Rough Runner’ challenge on Saturday after weeks of reassuring each other that it would be a breeze… However, the name of the event described it pretty well – it was a rough run, but also great fun and the sun was shining!

The total-wipe-out inspired run consisted of a series of man-made and natural obstacles including the 40m water slide, monkey bars, fallen trees, the big tipper, a vast amount of up-hill running, finished off by the mighty Travelator which required us to run up a very fast conveyor belt which was moving downwards – It was as hilarious as it sounds!

We were joined by some of our colleagues from the office who came along to spectate and cheer us on, armed with sweet treats and phones at the ready to catch everything on camera (and yes, there are some entertaining videos and photos which have been shared around the office!).

A big THANK YOU to everyone who supported us and has donated so far, we’ve raised a fabulous £513 for Oxford Children’s Hospital. There’s still time if you would like to donate to this amazing cause, please visit our Just Giving page.

Mission accomplished, and we are now ready for another challenge. Just a couple of weeks until our next team event, where some of us will be taking part in the Blenheim Triathlon – wish us luck!!